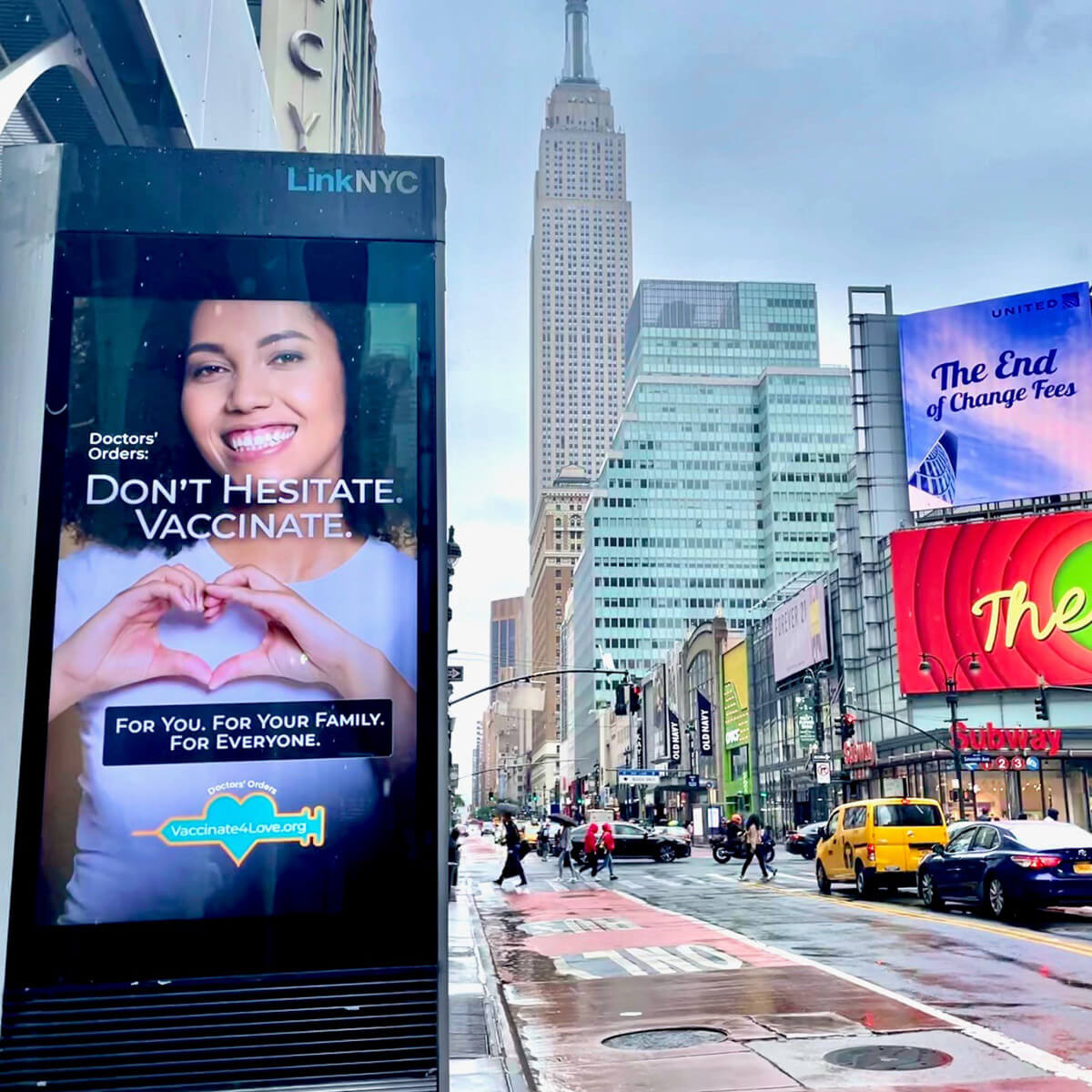 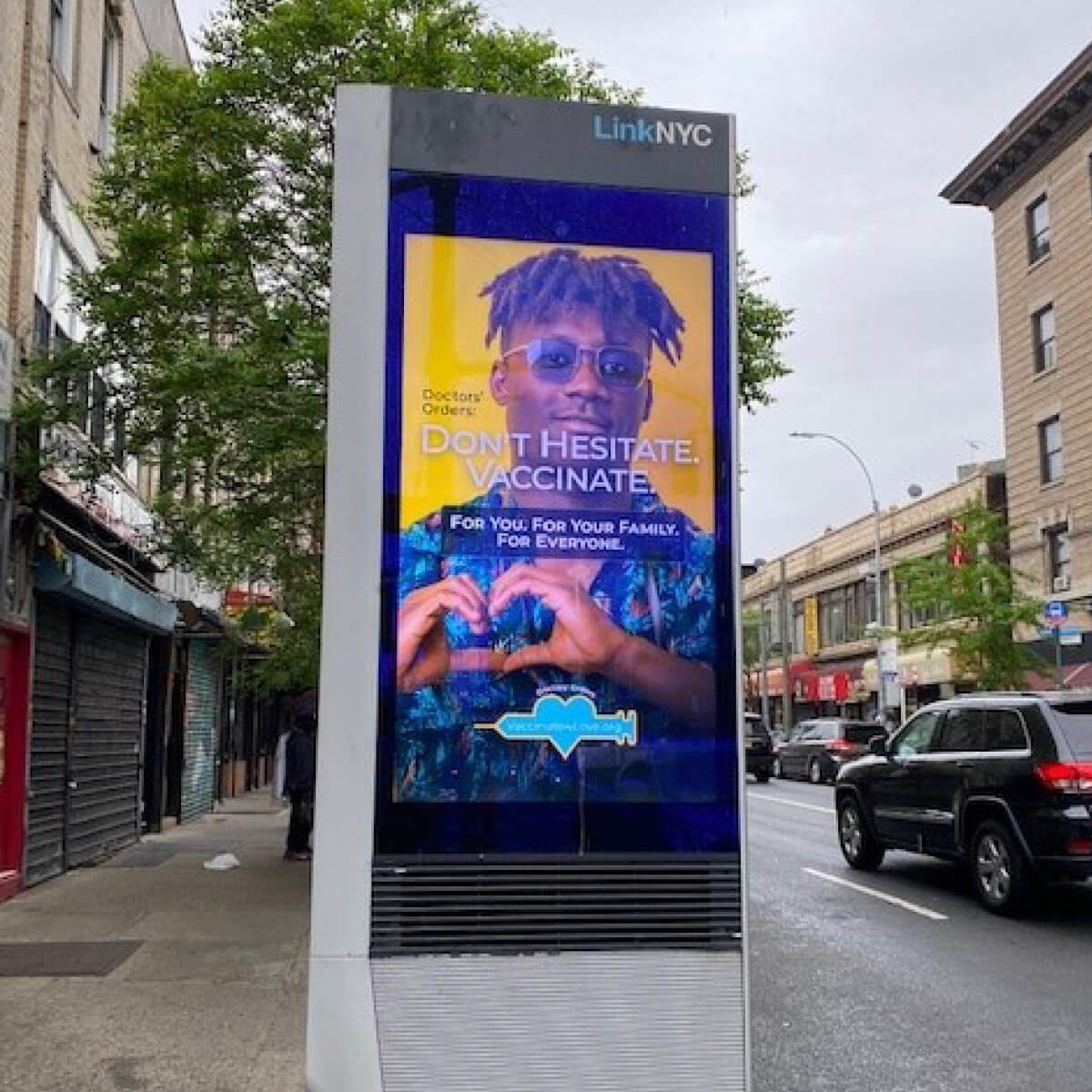 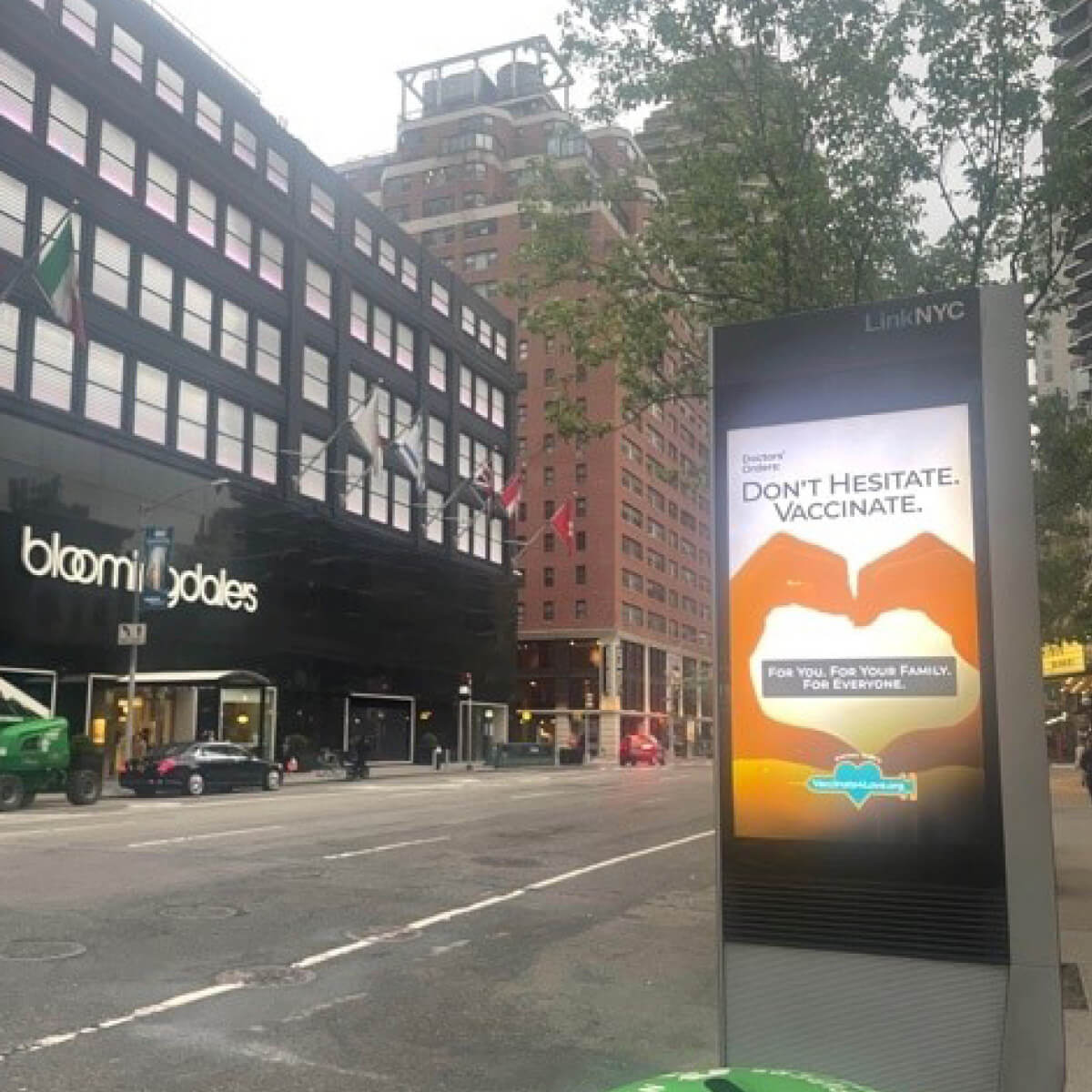 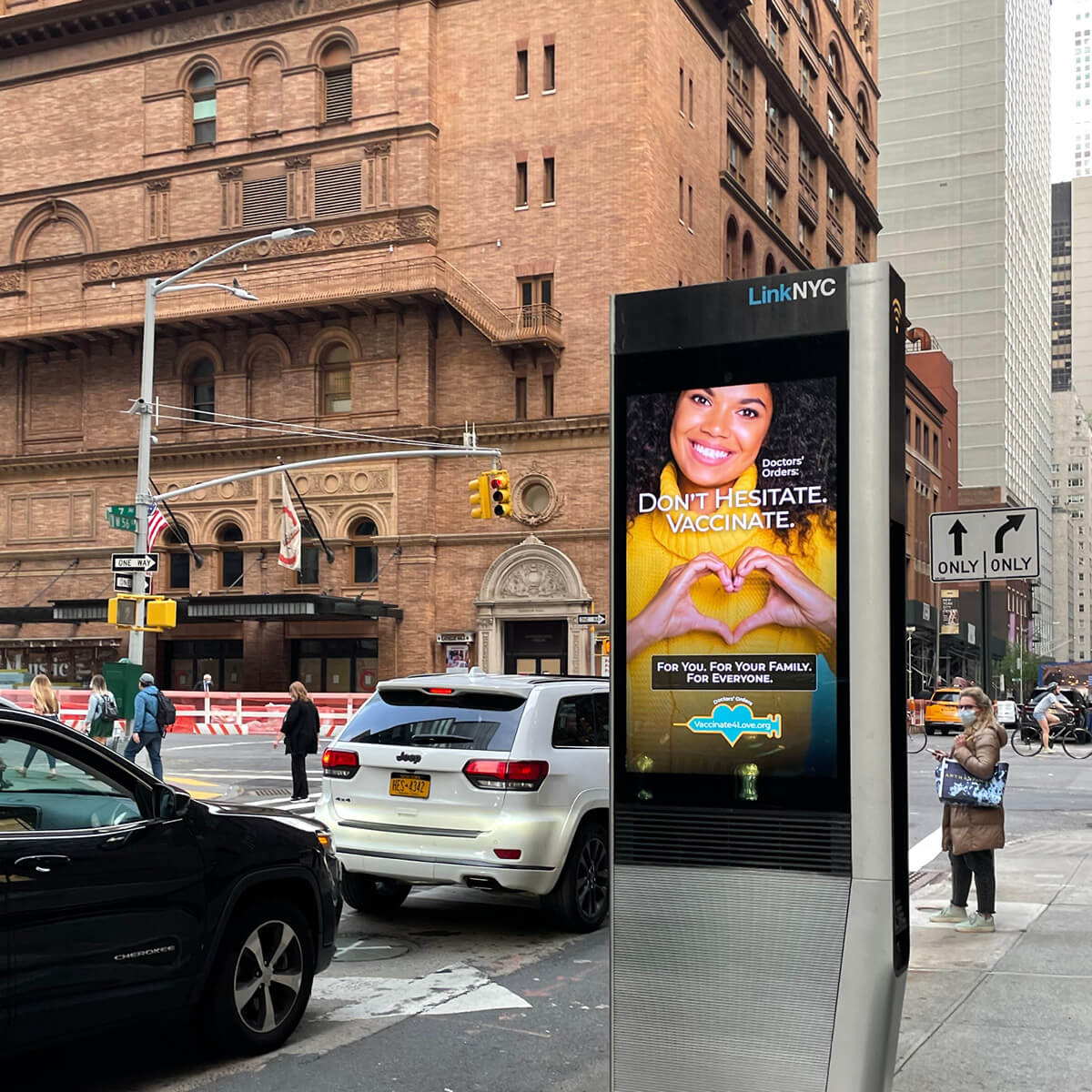 Responding to this need, LinkNYC – the first-of-its-kind communications network providing free Wi-Fi, phone calls, device charging and access to social services – has partnered with Vaccinate4Love to spread the message on New York’s streets. Digital displays with messages encouraging “Don’t Hesitate – Vaccinate” are now featured on 1,800 kiosks throughout the greater New York City area. To date, vaccination rates for residents 18 and older vary dramatically by borough, ranging from 31% of adult residents in the Bronx fully vaccinated to 50% in Manhattan. Brooklyn has a 34% full vaccination rate among its residents, with Staten Island at 38% and Queens at 41%.

Vaccine hesitancy across the country has led to pessimistic predictions about full herd immunity for the U.S. this year, which most scientists estimate would need to reach 70-80% of the population. The Biden administration has set a goal to have 70% of the U.S. population receive at least one shot by July 4.

“We are proud to be able to use our screens to help Vaccinate4Love promote this important public message to communities across New York,” says Esther Raphael, CMO of Intersection, one of the companies behind the LinkNYC program.

Supporting the Vaccinate4Love campaign are a host of strategic partners, including:

We are a group of the nation’s top physicians and communications strategists who have joined forces to mount a public awareness campaign urging patients and communities to not hesitate, but vaccinate as early as possible, for their own benefit, their families, their communities, and the world.